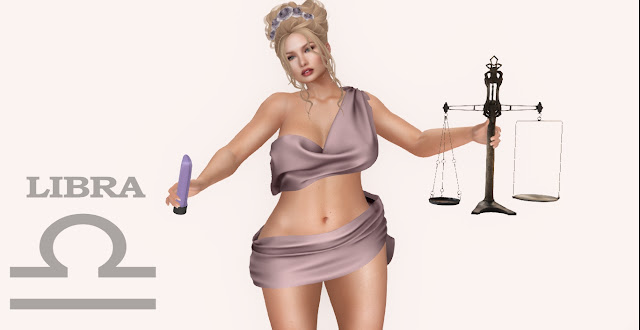 Libra is one of the sexiest signs of the Zodiac... they need a great partner to satisfy their craving for sex. Often finding that if they can't find satisfaction in one partner then they will opt for two!!

Libras can be a little closed off when talking about their fantasies. They'd rather not say for fear of embarassment but once they feel comfortable they will tell you exactly what they want.

They are a fan of introducing things that can stimulate by creating the right ambience, such as essential oils or candles.

FAVE POSITION
As long as they are lying down, they're happy.

LIBRA MALE IN BED
They like adventure in kinky places such as a changing room or restaurant bathroom, and he loves being a bad boy in particular if he may get caught!

LIBRA FEMALE IN BED
Libra female wants a strong man that understands that she needs her freedom and individuality.  She loves good personal hygiene so get showering and flossing to bed a Libra female.

COMPATABILITY
The most compatible signs with Libra are generally considered to be Gemini, Leo, Sagittarius and Aquarius.

Please note this article is intended as a piece of fun and is not to be taken too seriously.
No astrologers were harmed in the making of this article.. ;)

TO EMOTE OR NOT TO EMOTE... 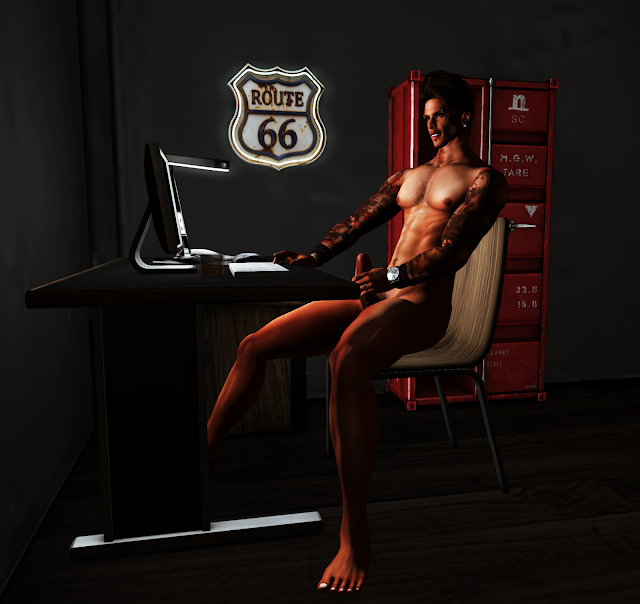 I confess it, I'm an emoter. It's at the beginning of my SL journey where I got sucked in a RP sim that I learned how to match words and animations to give a more realistic touch to this virtual experience.

When I started working as a stripper I perfected the noble art of emoting, and understood that using the right words you can make to open all the...doors. Alright, Alright, almost all.

A good emoting paired with a wise menu control can turn a simple poseball hopping ( nobody is judging you, hoppers! ) in something very sensual, so realistic that somebody is caught in a sort of performance anxiety if they doubt their emoting skills.

Anyhow not everybody likes to emote when their avatar is having a good time, as they prefer to keep their fingers busy somewhere else than the keyboard.

Charlotte: Yes, although I don't emote the traditional way. I set my own rules. It has to be tasteful, in the heat of the moment, writing in 1st person type of emoting. It doesn't need to be a full sentence nor forever teasing the (poor) guy. Get down to business and do it well ;).

Isla: I personally adore emotes, I find that the brain is one of the best organs to stimulate! If you can do that then the rest follows *winks*  I am not one for full on flowncy emoting.. I won't tell you which way the wind was blowing in and all that jazz, I like a well constructed couple of sentences , something I can react to.. (I don't like  being told I am doing something or feeling something!)  and in para-RP... when they are typing it gives me chance to tease myself.. its a whole massive build up! My typing may go to hell near a climax, but hey, its a sign I am enjoying it .. laughs!


Share with us a tale of your emoting experiences

Charlotte:  I'm a high end escort and one client had us emoting him being run over by an imaginary car. He was on the ground and I was driving! Very odd, but you cannot help your fetishes can you?!

Kisses: I dated a man for over a year, he was always emoting and I just couldn't get into it.  He would send me poetry and they would always being scenes or his rp persona and said they were made for me, till I googled all the poems and I found out they were not his and some of the emotes were from love novel. So yeah so not a fan of emotes

Mataralia: Uff I have many of them that I do't know wich one to put, and HEY! I'm a gentelman, and a gentelman dont tell such things ;)

Isla: I am blessed with some wonderful friends who I enjoy RPing/emoting with, some have words so powerful that I haven't even needed to be on the same sim as them to have sex!  Imagination is a powerful tool when used correctly.

That said I have also had my fair share of "duds"..  Sometimes, when the inner slut needs to be let out.. she leads me to picking up random men for a wanton fuck.. this can mean a mix of abilities but one man that springs to mind looked soooo damn hot.  I laid on a table.. and waited.. and emoted.. and his response was "I put it in"... AHAAH!.. I emoted again.. and he said "I fuck you..".. and before I could even manage to get the next emote out he said "I cum in you"... then hopped off the ball and walked away!


And you? Do you like to emote or you hate it? What's your crazy/funny/embarassing emoting tale? Share it with us in comments
Posted by Virgil at 14:49 3 comments:

As you know last year we decided to create the SX Magazine Awards with the intent to celebrate the talent of the SL Adult industry, of which we're proud to be part. The enthusiasm with which you joined us in that adventure overwhelmed out best expectations. It was good time for our community, and that's why we decided to bring back the Awards for a second edition. We also decided to create new categories, to reward the fantasy and variety of skills of the producers. We hope to see you all back for this new, exciting edition of the SX Magazine Awards.

The contest is open to photographers, models, directors and actors who created or performed in photos or movies that were created after August 1st 2016.

Awards will be assigned for the following categories:

By applying for the section ' Best Movie ', your movie will be also eligible for awards in the categories ' Best Cinematography ', ' Best Storyline ' and ' Best Editing '.

The category 'Best Explicit Photo' is open to each SL resident who created a picture of an explicit sex scene, published after August 1st 2016, which features SL Avatars.

The category 'Best Photographer' is open to each SL resident who created a picture published after August 1st 2016, which features SL Avatars.

The category 'Best Female Model' is open to each SL resident whose female avatar is featured in a picture created after August 1st 2016.

The category 'Best Male Model' is open to each SL resident whose male avatar is featured in a picture created after August 1st 2016.

The category 'Best Movie' is open to each SL resident or group of residents who created a movie released after August 1st 2016, which features SL Avatars.

The category 'Best Director' is open to each SL resident who created a movie released after August 1st 2016, which features SL Avatars.

The category 'Best Actress' is open to each SL resident ( female avatar ) who appears in a movie released after August 1st, 2016.

The category 'Best Actor' is open to each SL resident ( male avatar ) who appears in a movie released after August 1st, 2016.

To be eligible for the awards, residents must fill in an application form with the links of the works they wish to submit and their calling card. The applications form can be found at Isla's Gallery and Caves ( click here for a landmark ).

It's possible to submit an application from September 6th to November 15th 2017. The application is personal and there is no cost to apply.

Each resident can apply once for each category. Ex: you shoot a photo and acted in a movie? You can apply for both the categories 'Best Photographer' and 'Best Actor/Actress', submitting two different application forms. Be sure to fill in two different application forms, one for each category. WARNING: A resident cannot apply twice for the same category. Applying twice or more for the same category will automatically cause to be banned from the competition.

To apply for the categories Best Photographer, Best Female Model and Best Male Model the participants must join the 'SX Magazine' Group on Flickr  and add 3 to 5 photos to the group.

The winners will be chosen by a panel of 5 judges selected among the experienced and respected veterans of the SL Adult Industry. The names of the judges will be announced in the upcoming weeks.

Awards will also be assigned through a popular vote open to all the residents. Certain restrictions will be applied to ensure the winners are chosen by talent rather than popularity.

The winners will be announced in December in a Gala Night Event, to which all the applicants are invited.

The 2017 edition of the SX Magazine Awards is officially open, join us in this adventure!
Posted by Virgil at 06:17 No comments: 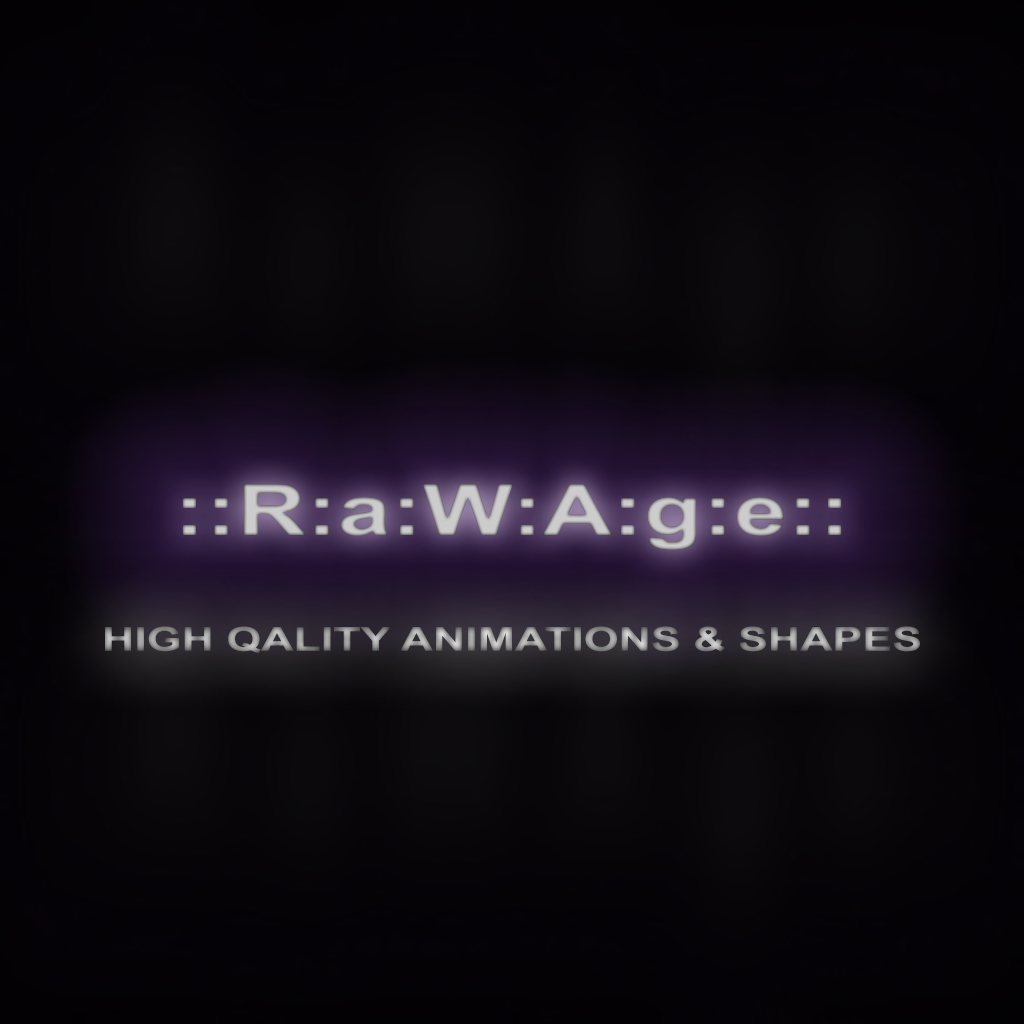 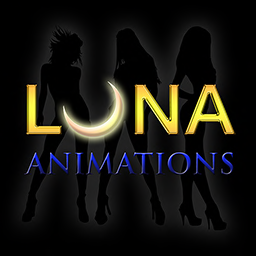 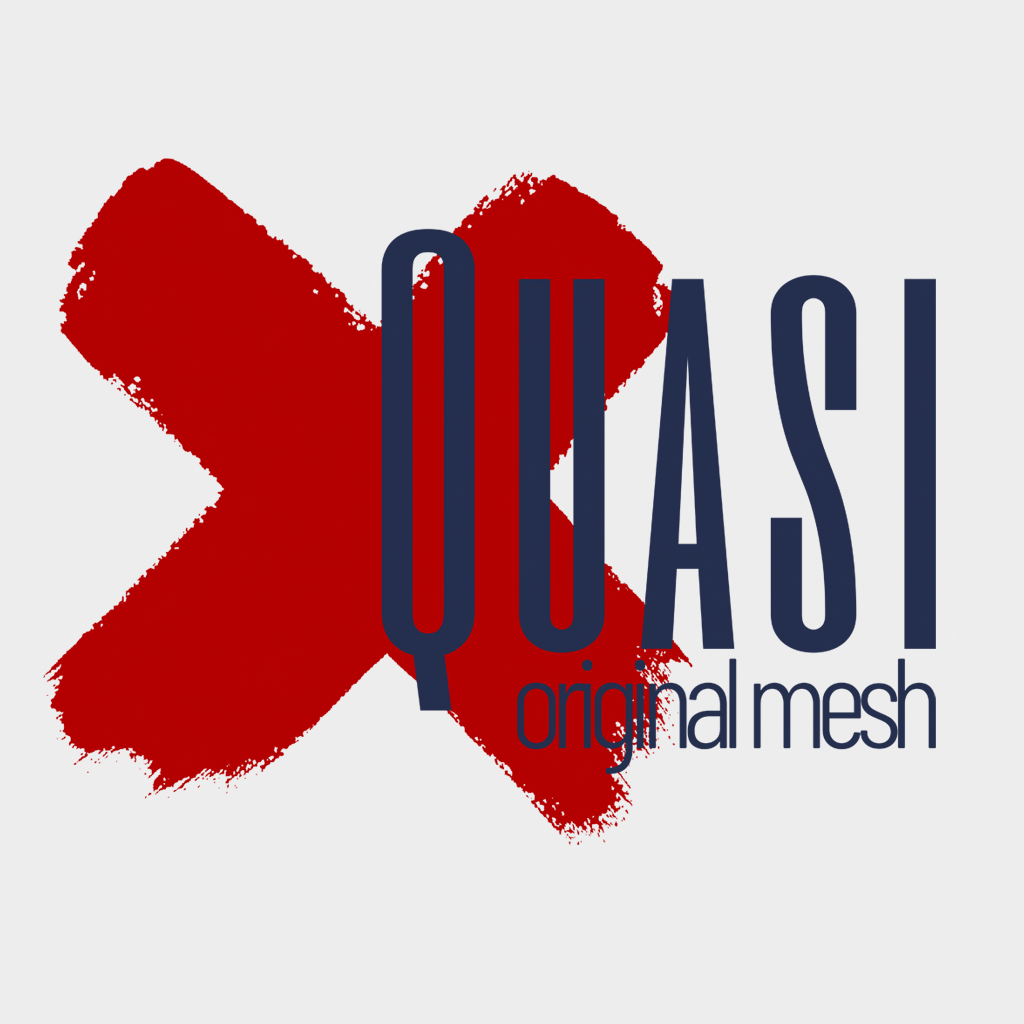 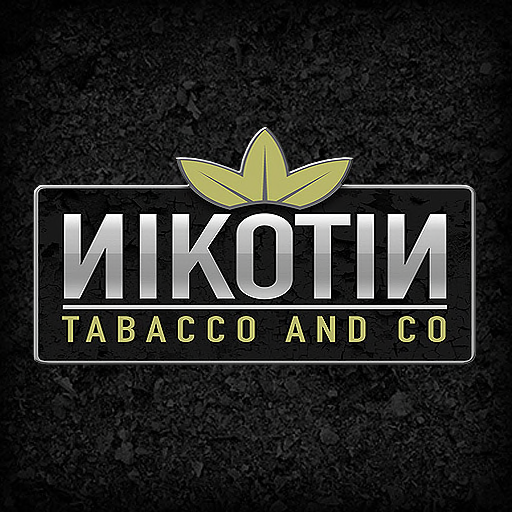 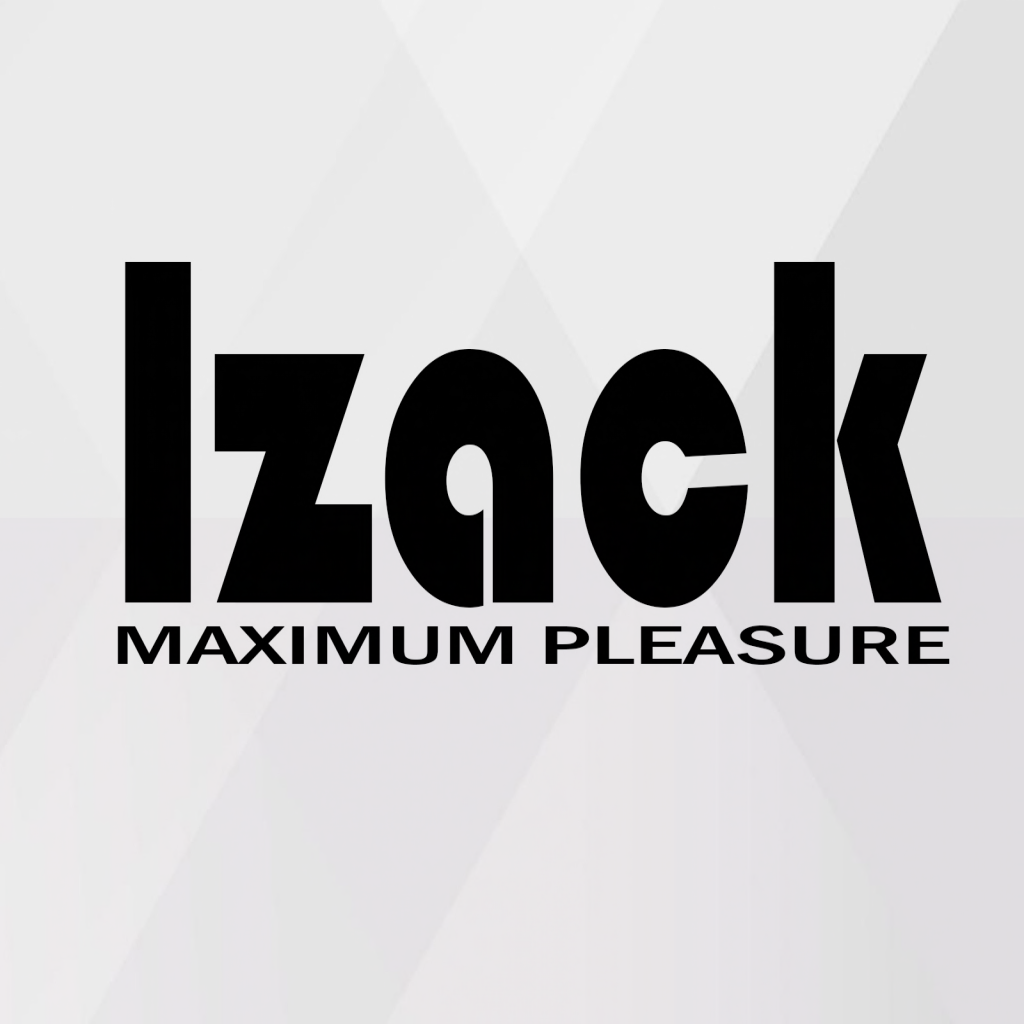 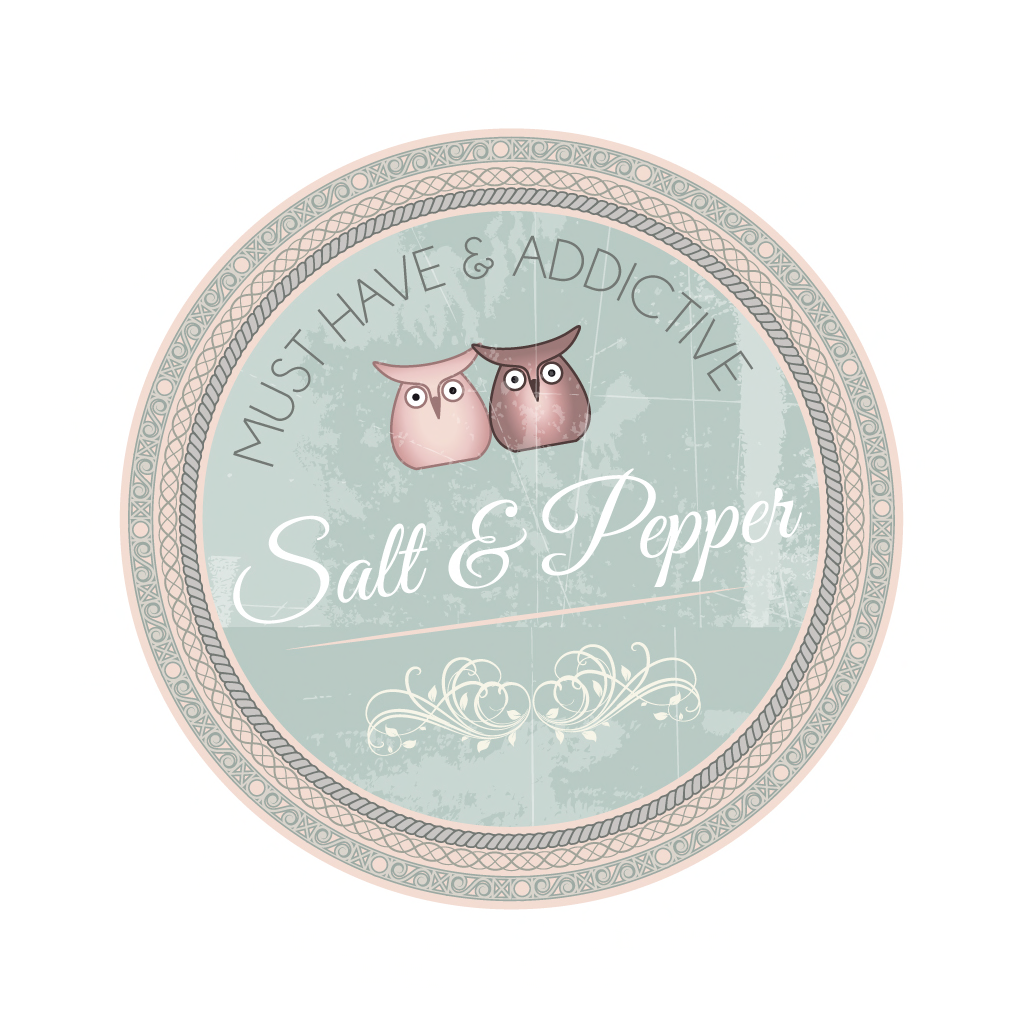